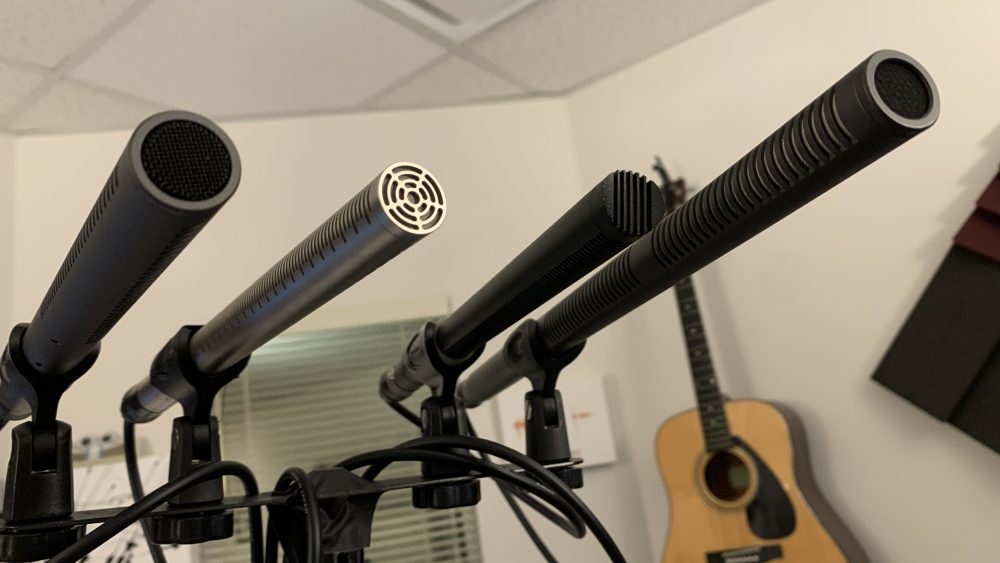 Choosing a new microphone is always a fun task- for a self-proclaimed gear-head.  There’s so many options to choose from, from the classic handheld to the super high end condensers.  I have been thinking about a new shotgun microphone for one of our video kits.  It’s been on my mind for a while, but why upgrade when your mic is perfectly fine (coming from the business owner side of me).  Over the past few shoots, i’ve been hearing some very small noises in the audio we’re recording.  At first, I thought it was a bit of noise from the headphone amplifier of our field recorder.  Well, I’ve needed a new field recorder for a while so time to upgrade from the trusty Zoom H4N to a new Sound Devices!  In my mind- the noise should go away!  Turns out- no.  Try a different cable- same noise.  Try a different microphone- no noise!  Part of me was a bit disappointed, but the other part of me was excited to start the search for our new primary shotgun microphone.

For those unfamiliar with a shotgun microphone- it’s a long, narrow mic that is extremely directional.  It’s pickup pattern is very narrow, directly in front of the microphone.  It’s especially useful for when you need to get great audio without seeing a microphone in your shot.  It’s usually placed above or below the camera shot- held up by a boom pole.  This is why the directionality is important.  It’s usually anywhere from a few inches to a few feet away from the talent, sometimes in less than ideal recording environments.  The shotgun microphone is really the hero in these demanding situations.

The elephant in the room:  the Sennheiser 416 mic.  This is the go-to and has been that for a long time.  It’s $1000.00 USD.  It’s not cheap.  As much as I want to just go buy that mic- there are others that may be comparable, or, if I dare, better.  This is where my game came in.  I borrowed 3 mics and used our current shotgun and did a completely blind test of the 4 microphones.  I read a short script- recorded with all 4 microphones.  After putting them back to back- I was able to listen to each and rate them from highest to lowest.  Only then did I trace the cables and find which microphone was what.

The Results:  we tested an Audio Technica AT 835B, an Audio Technica AT897, a Rode NTG3 and the Sennheiser 416.  To my surprise, I liked the Rode NTG3 the best.  Closely followed by the Sennheiser 416, then the AT897 and finally the AT835B.  Picking your microphone based on how they sound is really the only way.  Don’t let your mind trick you into thinking the most expensive is the best.  Sometimes, situation dependent, a less expensive microphone will actually work better.

When I worked in a recording studio, I recorded a saxophone with a Shure SM57, as well as an expensive condenser microphone.  I was sure that the more expensive mic would be better.  I quickly realized that every time I hear a live saxophone on stage- it’s mic is an SM57.  My brain was just so accustomed to hearing a sax this way that I really disliked the expensive mic.  It was at this point that I learned that the best mic for the job is the one that sounds the best, not the most expensive.